The first performance will be on Sept. 27 at 8 p.m. in the Black Box Theater. 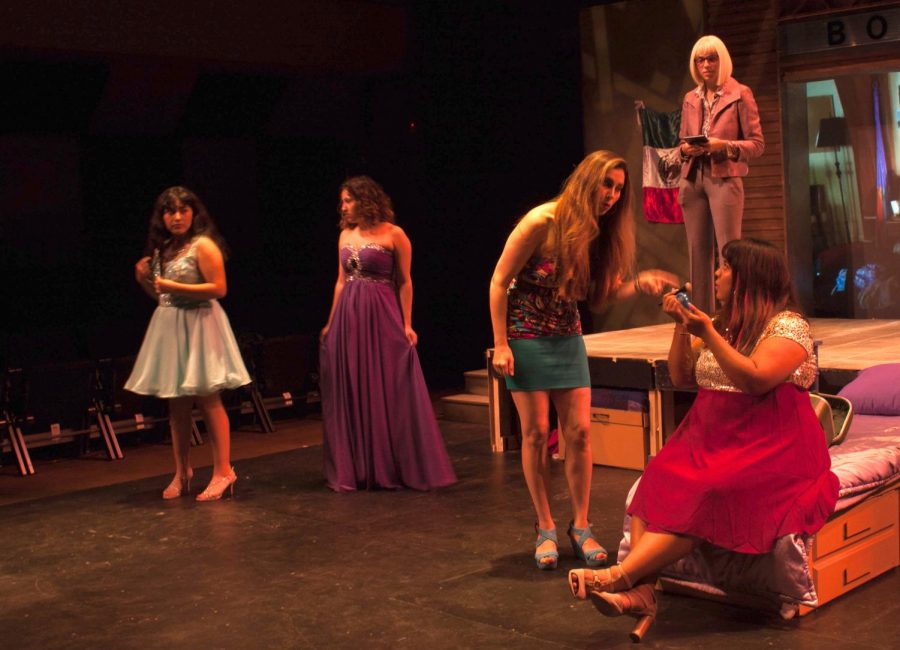 The cast of "Just Like Us" rehearses in advance of the show's opening. Photo by Aurora Ruvalcaba

Editor’s Note: This story has been corrected for spelling. An earlier version incorrectly spelled Herb Mares as Herv Mares.

The City College Drama Department will open its fall season with a play about four young Latinas, two of whom are undocumented, and how this affected their life.

The first performance of “Just Like Us” will be on Sept. 27 at 8 p.m. in the Black Box Theater.

According to director Katie Rodda, the selection of the play was inspired by wanting to do a performance that connected with students at City College.

She knows several City College students who have had to deal with immigration policies and wanted to touch on this theme. 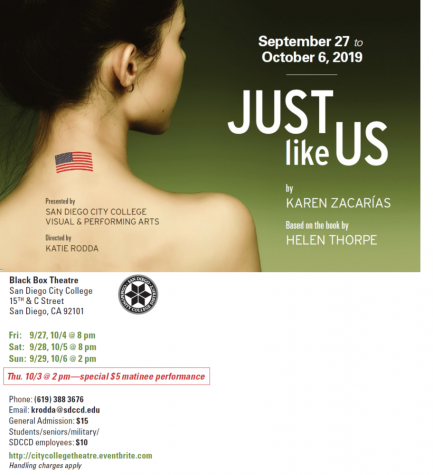 “I hope that we have good audiences,” Rodda said. “I hope that a lot of people who may not even know we exist come to see the plays and comes to learn about them.”

“Just Like Us” is a novel by author Helen Thorpe that tells a story about four young Latinas whose parents crossed over illegally from Mexico and raised them in the United States.

Two of the girls are documented, while the other two remain undocumented. This sets in motion a series of events and struggles that culminate in a political feud between Congressman Tom Tancredo and pro-immigration activists.

“What I want to see happen is for people to understand like from the other side,” said actor Herb Mares, who plays Julio, Mike McGary and Ramiro. “Not everyone is Latino but they side with them. Not everyone is a Latino immigrant, some people are European immigrants here, and they don’t understand the struggles of all the hate coming to Latinos. I want them to understand a lot of us are just working trying to achieve the American Dream.”

Yvana Alvarez, who plays Mrs. Smith and Carol Vizzi, said she connected with her characters on a personal level.

“I was a student-teacher when I was younger, right around high school for a second grade classroom,” she said. “So I can sympathize with Mrs. Smith not being able to control her students.”

There will be a special student matinee on Oct. 3 at 2 p.m. Tickets are $15 for general admission and $10 for students, with tickets priced at $5 for the matinee.