REVIEW: ‘Just Like Us’ brings life to issue of immigration

Acting is the highlight of an all-around good performance. 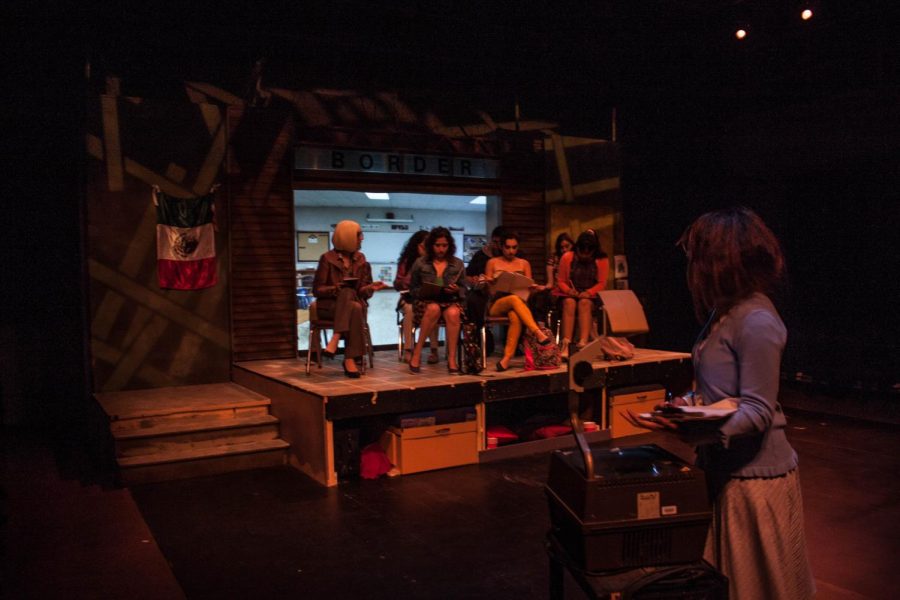 "Just Like Us" will be shown Oct. 3-6. Photo by Aurora Ruvalcaba

The City College Drama Department tackles the consequences of immigration with its new play, “Just Like Us.”

Adapted from the novel by Helen Thorpe, who also appeared as a character in the play, “Just Like Us,” follows four young Latinas whose parents crossed over illegally and how they manage their immigration status. Two eventually become documented while the other two have to live in the United States as undocumented immigrants. This leads them to a complicated future filled with uncertainties.

The performance was great with most of the actors successfully holding the audience’s attention. However, there were characters that felt forgettable or weren’t focused on at all.

These five leading actors stole the show with amazing chemistry that conveyed how much they needed each other.

In one scene, the four girls and Thorpe are sitting on a bench talking about the future and how it’s great Clara and Elissa got scholarships for college, but for Marisela and Yadira, the future doesn’t look bright due to being undocumented and unable to apply for scholarships. The emotions you can feel from this scene and the actors had several people crying.

Julio, who is played by Herb Mares also plays Ramiro and Mike McGarry, was introduced early on in the play but quickly disappeared, only to reappear at random times. Ramiro on the other hand brought a lot of charisma to the stage.

Ana was played by Emily Bucher who also played Zulema. Ana appeared in a few scenes, but then doesn’t show up again and felt out of place. Zulema was a better example of someone who, despite having a small scene, was very impactful.

“Just Like Us” had a great selection of Mexican music that enhanced every scene and offered a rich experience.

Lighting and effects were executed well and the use of audio recordings and props felt appropriate, even with some difficulty moving a bed during a scene change.

One scene, however, seemed off when Marisela was pulled over by a cop, played by Gary Tallaksen, as the background screen had lights blaring from a cop car and it distracted from the performance.

Audience reactions were great with lots of laughter, tears and a standing ovation.

“Just Like Us” told a powerful story for those affected by immigration, as well as those unfamiliar with the topic.

The first wave of performances have passed, however, from Oct. 3-6, more performances will be held at the Black Box Theater.