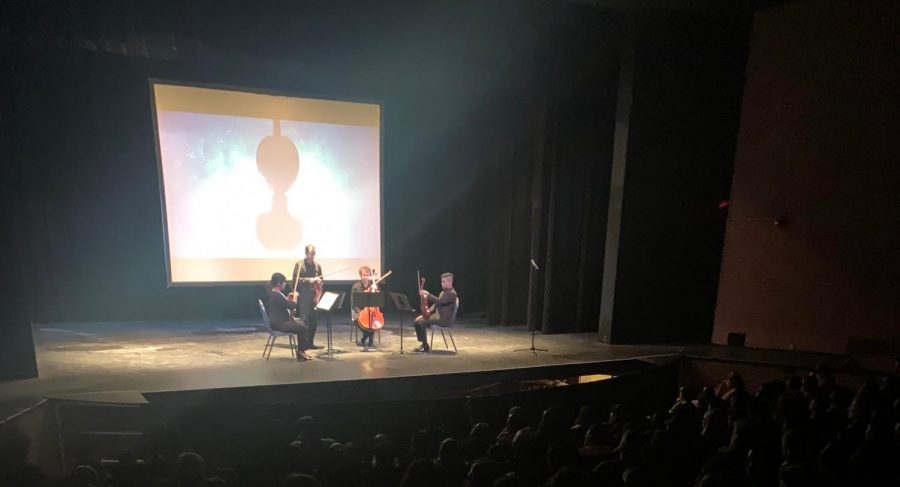 The symphony helped create an atmosphere of acknowledgment for music students, which included the history and the skills needed as a performer.

The event also gave each performer a moment to speak to the audience between songs.

“I usually play other instruments but today I am playing the violin,” multi-instrumentalist musician Kenneth Liao said.

Did you miss the visit by the San Diego Symphony? City College students can buy tickets to upcoming Jacobs Masterworks classical concerts for $10. To buy tickets online, use the promo code STUDENT.

For more information or to view the schedule, visit https://www.sandiegosymphony.org/tickets-events/ticket-office/student-tickets/.

Ai Hihiri, a performer originally from Tokyo, talked about how she started in music, what intrigued her about playing and how hard she worked as a student.

Hihiri received her bachelor’s degree and Artist Diploma from the Cleveland Institute of Music, and a master’s degree from the Yale School of Music, according to handouts at the performance.

People filled the Saville Theatre for the free event, which had performers play classics like “Summertime” by George Gershwin and “Hoedown from Rodeo” by Aaron Copland.

San Diego Symphony composer Rafael Payare, as well as Maria Araujo and Jesse Schiffman of the symphony department, were thanked for their contributions. Each student took the time to introduce themselves and then presented traditional and selected music in front of the audience.

The audience applauded enthusiastically throughout the show as they enjoyed the elegant music. Other live performers included violinist Tommy Dougherty and cellists Hihiri and Andrew Hayhurst.