Hard-hitting news stories from the past decade 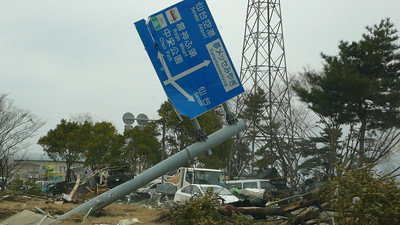 Tsunami catastrophe by yisris (CC BY 2.0)

The 2010’s was a decade of progress. From the end of “don’t ask don’t tell”, to youth around the world protesting for climate action, the decade was characterized by breakthroughs. The decade might be over, but there is more to go.

Let’s step back and take a look at some of the biggest news of the 2010’s:
2010 – Haiti Earthquake
A magnitude 7.0 earthquake in Haiti devastated the whole country. About 300,000 died and the Port-au-Prince Capital was destroyed.
2011 – Japanese Earthquake
Largest earthquake in Japan hit with a magnitude of 9.0 causing a tsunami with a death number of 20,000.
2012 – Mass Shooting During Screening of The Dark Knight Rises
A real life horror film in Aurora, Colorado took place when James Holmes committed a mass shooting in the theater, leaving 70 injured and 12 dead.
2013 – Wildfires Run Rampant
About 34 wildfires were live in 11 states resulting in 144,000 acres burned.
2014 – Ebola Outbreak
Ebola epidemic became a global health crisis to be the deadliest outbreak with an impact of 17,100 cases and 6,000 deaths due to its contagious hemorrhagic fever that started in West Africa.
2015 – Paris Terror Attack
Attack by gunmen and suicide bombers hit a concert hall, a major stadium, restaurants and bars that left 130 people dead and hundreds wounded.
2016 – Syria War
Targets were mainly children with a result of 652 children dead due to powerful bombs and chemical attacks.
2017 – Las Vegas Mass Shooting
Las Vegas mass shooting, one of the deadliest shootings in American history, left 547 injured and 59 dead.
2018 – Fake News
Fake news movement gains hold with several groups condemning major news outlets.
2019 – Corruption in Ethiopia
A total of 59 officials are arrested for economic sabotage and fraud due to abuse of their positions.

What were your most memorable moments of the decade? Send us a tweet with #CTDecadeReview

Check out the decade review in sports.