Social media made getting famous easier than ever in the 2010s 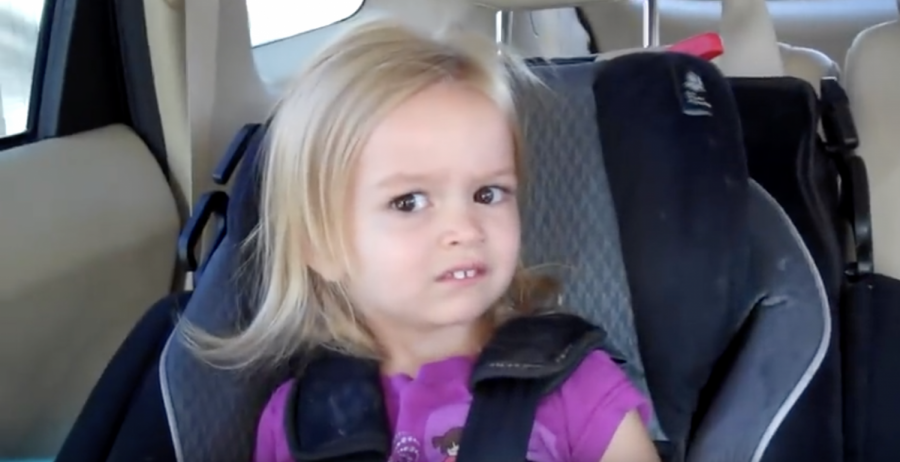 Side-eyeing Chloe is one of the famous memes of the decade. Photo from Lily & Chloe Official at Youtube.

Is there anything more representative of the 2010s than going viral?

The 2010s were a decade of progress. From the end of  “Don’t ask, don’t tell” to youth around the world protesting for climate action, the decade was characterized by breakthroughs, and art was no exception.

Let’s step back and take a look at some of the most viral moments of the 2010s:
2010 – Double rainbow!
Remember a time when a double rainbow could take over the internet? Originally posted in 2010, the video that featured a very excited nature-lover now has over 46 million views.

2011 – “Friday”
Rebecca Black was a regular teenager when her music video “Friday” went viral. The Youtube video has over 138 million views and features Black during a regular Friday.

2012 – Grumpy Cat
Tardar Sauce, better known as Grumpy Cat, was a cat that went viral because of her grumpy face. Grumpy Cat’s face looked like that because of feline dwarfism. The cat passed away earlier this year.

2013 – Side-eyeing Chloe
Chloe and her sister became internet famous after her family uploaded a video surprising them with a Disneyland trip. Chloe’s face has since become a meme.

2014 – Ellen’s selfie
During the 86 Academy Awards ceremony, host Ellen Degeneres took a selfie with multiple nominees and posted it on Twitter. The post currently has over three million retweets.

2015 – White and gold, or black and blue?
The picture of the dress went viral on multiple social media platforms as some people saw the dress white and gold, while others saw it as its original color: blue and black.

2016 – Harambe
Harambe was a gorilla living in Cincinnati Zoo that was killed after a 3-year-old boy fell into his exhibit. His death sparkle a debate in social media where the video of the incident was shared and the hashtag #RIPHarambe went viral.

2017 – Kids interrupt BBC interview
Professor Robert Kelly was doing a live interview with BBC when his kids entered the room, followed quickly by Kelly’s wife, in the humorous video.

2018 – The raccoon and the skyscraper
Raccoons are usually considered a pest, but in 2018 one went viral after spending hours climbing a Minnesota building.

2019 – Baby Yoda
Baby Yoda took over the internet after it was first seen in the Star Wars series “The Mandalorian.” Although it is not the real Yoda, it has become the internet’s baby.

What were your favorite viral videos and memes of the decade? Send us a tweet with #CTDecadeReview

Check out the decade review in female empowerment later today.