The Festival of New Plays showcases student playwriting and performance 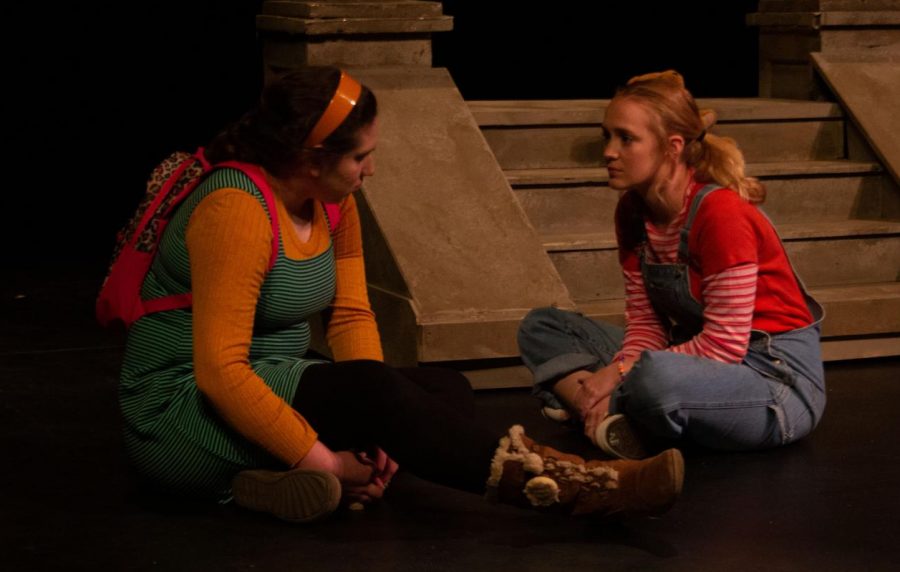 The student production called "Everything Has Two Sides," featuring Denessa Cazares (left) and Lilian Johnson (right), is one of seven included in the Festival of New Plays. Photo by Isaac Limon/City Times

The fifth annual Festival of New Plays runs through March 14 at the Black Box Theater.

Many of the seven, one-act plays were written by San Diego City College playwriting and English students and will all be performed by student actors.

They are directed by Kate Stone, the newest member of the theater program faculty, and theater adjunct faculty Farrell Foreman.

The plays explore topics ranging from “aliens abducting earthlings, orphans finding their voices, and deals being made with the devil,” according to a press release.

The play runs tomorrow, March 7, as well as next Friday and Saturday at 8 p.m. A free matinee performance is set for Thursday at 2 p.m. General admission tickets at $15, with student, faculty, senior and military tickets going for $10.

For more information or to buy tickets, visit http://citycollegetheatre.eventbrite.com/.