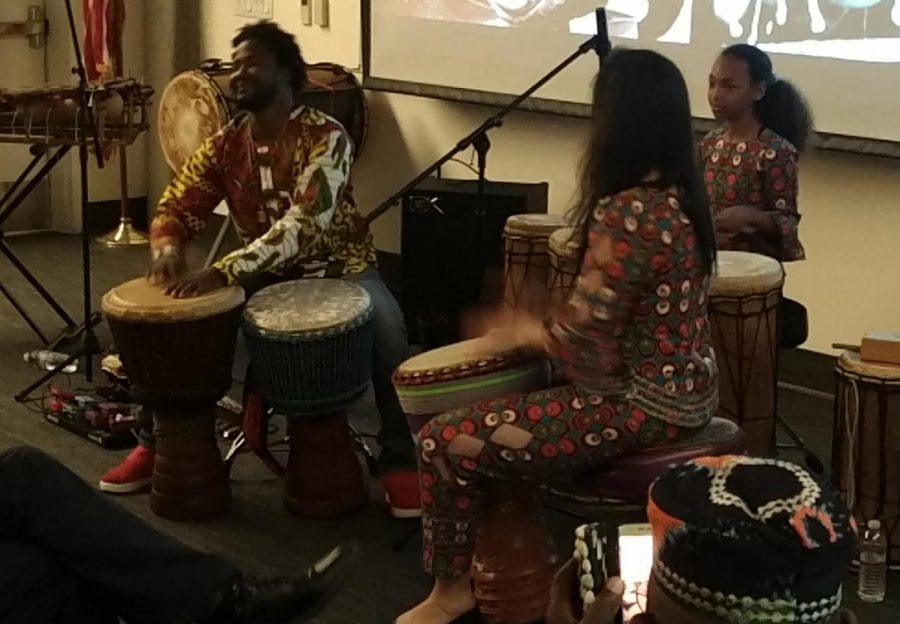 A near-deafening silence fell over the crowd in MS-162 on the campus of San Diego City College. The room was filled to capacity with over 100 students and community members in anticipation of a unique musical event.

Keita performed a playful and joyous rhythm last Wednesday night, followed soon by Marino with a synchronized harmony. Bilorou then filled the piece with life as he played the lead, showcasing his talents with a riveting solo.

The performance was well-received by the audience, who erupted in cheers.

While some of the West African percussion was tribal and strong, as the set went on, the trio also showcased songs that were sophisticated and modern.

“I want them to learn that this is a culture that’s evolving,” Bilorou said through a translator. “It’s very sensitive … there’s a lot of feeling. It’s civilized but (with) a lot of emotion.”

The group constantly engaged the audience throughout the event, at one point having the entire room singing the phrase “yang kalu,” meaning “people from here” in the West African language Malinke, according to Bilorou.

“When you arrive somewhere in (my) culture, if you don’t have bad intentions, you’re supposed to announce that you’ve arrived, that you’re here,” Bilorou said through a translator, “so that the people … can accept you to come be in their space.”

“Most of us didn’t know each other and all of us are coming together to clap and enjoy something so simple,” second-year City College student Uriel Martinez said.

Professor Mike Espar, who has taught with City Music for about a year and a half, teamed up with the World Cultures program to bring Bilorou and friends to campus for the hour-long concert in a continued bid to introduce City College students and other community members to new experiences.