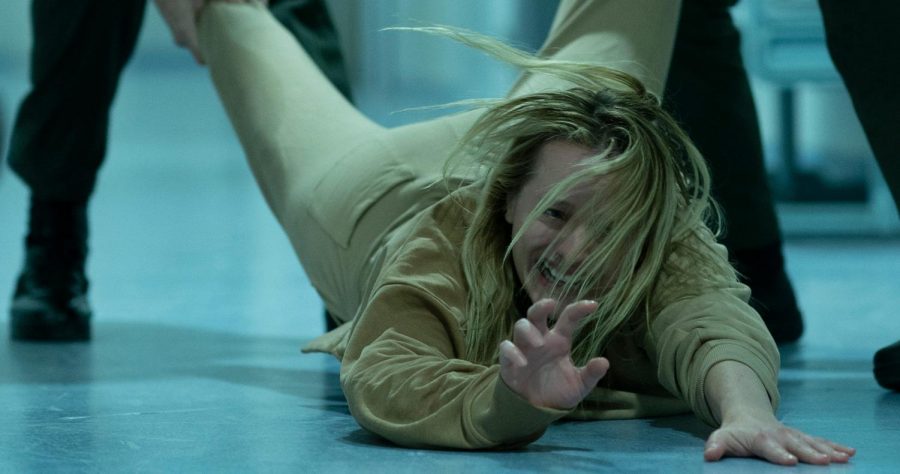 I had a chance to watch “The Invisible Man” recently and left the theater feeling terrified.

It tells the haunting story of a young woman named Cecilia, who ran away from her abusive boyfriend. After a series of misfortunes following her boyfriend’s alleged suicide, she believed she was being stalked by someone who cannot be seen.

Want to watch”The Invisible Man” now? Find the list of services streaming it and other new movies here.

The movie opens with the female protagonist, Cecilia, played by Emmy Award winner Elisabeth Moss, escaping from her boyfriend Adrian, played by Oliver Jackson-Cohen. He is an optic engineer and businessman from his isolated mansion filled with security cameras and trigger alarms.

Cecilia takes refuge with her childhood friend James and his daughter Sydney, but after two weeks, she received news from Adrian’s brother and lawyer, Tom, that Adrian has committed suicide and left her $5 million.

Cecilia suspected the death of her boyfriend was just a hoax and after constant unfortunate events to her and her loved ones, she began to question her sanity and tried her best to prove that she was being stalked by an invisible person.

I loved everything about this movie. The movie is a thrilling modern product of Universal’s classic monsters cinematic universe that proves how an abusive relationship and obsession can torture a person to such a terrible extent.

The movie’s director Leigh Whannell has done a fantastic job creating a haunting movie and Moss’ riveting performance through her eyes made it more chilling.

“The Invisible Man” is rated R so I would recommend it to people who don’t mind strong bloody violence and foul language.