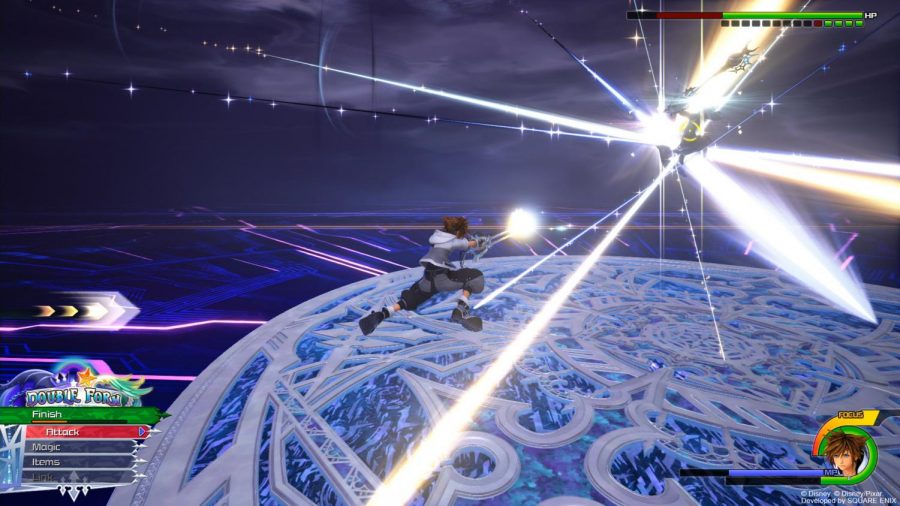 This is the first in a series of video game reviews shared by City Times staff writer Angel Cazares.

A company by the name of Square Enix came up with a way for Final Fantasy and Disney to do a mashup, something that will shake up how JRPGs are perceived.

We play a boy named Sora. His goal was to find his friends and fight back the darkness that is destroying worlds. This is the plot for the entire series and is the same for Kingdom Hearts 3, the finale of the saga.

Disney is a major aspect of Kingdom Hearts. Almost every level will be in a Disney world, so you will visit Toy Story, Frozen and Pirates of the Caribbean. In total there are eight different Disney worlds for you to explore.

Voice acting is a mixed bag, some are phenomenal like Axel voiced by Quinton Flynn or Xehanort played by Rutger Haur. But there are also some like Aqua, played by Willa Holland which feels very static and emotionless.

The main highlight of Kingdom Hearts 3 is the gameplay, all the different combos and attack abilities that come from the keyblades you wield, magic that feels great and even some new additions like water and grand abilities. The newest addition is theme park rides that allow you to call upon Disney rides like teapots, waterslides and even a roller coaster.

The main way of progression is through leveling up Sora and his party Donald, Goofy and characters from the different worlds.

The difficulty was easy at release, then Square Enix stepped in and added in multiple new ways of playing, like critical mode, and PRO Codes and even added in cheats through EZ codes, these being new ways to change elements of the game.

Kingdom Hearts has some of the best music soundtracks, this new installment feels like a letdown, there are some exceptional tracks but a lot are remixes of the older games not offering enough new sounds to the series.

In the end, I recommend this to fans of the series, fans of Disney and someone just looking for a fun action game.

Did you try the game? Let us know on social media @SDCityTimes or leave a comment below.