The documentary showcases the victim of a broken social justice system 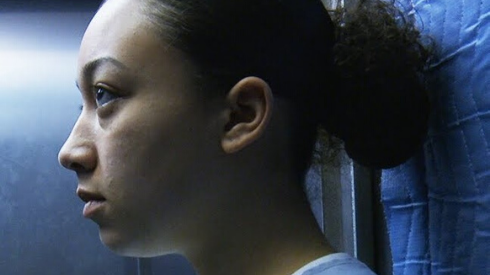 "Murder to Mercy: The Cyntoia Brown Story" is available on Netflix. Netflix photo

The case of Cyntoia Brown was intriguing to many ever since it began in 2004. Her case follows a complex legal path.

Brown’s experience in the justice system as a person of color is a common social issue faced by many for decades and is still shown today through the current events such as the Black Lives Matter protest after the death of George Floyd by officer Derek Chauvin.

Brown was only 16 years old when she was forced into prostitution by her boyfriend at the time: 43-year-old Johnny Allen, who took her to his home in Nashville.

Brown became fearful for her life as he began to act sketchy and showed her his guns. She  believed in the pit of her stomach that she was not going to make it out of his home alive, unless she took initiative.

Want to watch the documentary? Find it on Netflix.

Brown shot and killed Allen for her own safety. She was tried as an adult and was charged with first-degree murder. Her story was one that the law was not sensitive to.

She was sentenced to life without parole. A major question struck my mind, “How different would her sentencing be if she was not a person of color?”

Brown was underaged and black, it was obvious she had “no chance.” The system has shown an overwhelming amount of racial bias.

Her story caught the eye of celebrities like Rihanna and Kim Kardashian in 2017, due to a news report.

“Murder To Mercy” doesn’t only show the experience and trauma she underwent throughout being incarcerated, but also shows viewers the unfortunate circumstances that Brown went through in her childhood.

It was originally believed by her psychologist, Dr. William Bernet, that she had a borderline personality disorder, which is a mental illness that consists of severe mood swings and impulsive behaviours.

Later on, it was determined that she was experiencing effects of fetal alcohol syndrome. The documentary shows interviews with her biological mother, Georgina Mitchell, who shared that she drank alcohol throughout her pregnancy and used crack cocaine. This led to her giving up her daughter for adoption.

Although she was in good care of her adoptive mother Ellenette Brown, she was surrounded by bad influences, which led to multiple run-ins with the U.S.’s juvenile court system.

While being incarcerated, Brown studied and earned two university degrees from Lipscomb University in 2015. She also wrote a memoir, which was published in 2019.

After serving 15 years behind bars, she was granted clemency in early 2019 and was released August of that year.

The film shows why it is vital to punish those who have gone against the law accordingly; but, the justice system needs to find appropriate sentencing that suits the circumstances, especially cases where a minor is victimized.

Brown’s trial helped to shift the way Tennessee dealt with sex trafficking victims. After being released, she started working with Tennessee’s juvenile justice system to help counsel young people who are at risk.

Clips of Brown throughout her incarceration were tough for me to watch, considering she was sentenced to an unfair amount of time for an act of self defense at such a young age. The pain in her face made it difficult not to sympathize.

I enjoyed how the film pieced together interviews between her biological mother and adopted mother to explain Brown’s mental illness. It gave me a better understanding of Brown’s childhood.

Brown is one of the fortunate ones. She was approved for clemency and was released back into the real world.

Unfortunately, this is not the case for many who are a person of color in the system. The documentary shows how the case led to a larger analysis of the justice system’s fault regarding her case.

Brown’s case is only one out of many thousands who have been overlooked due to their race. Justice came up short for folks of color for decades, and Brown became a victim of this.

The documentary couldn’t have been released at a better time.

Do you have recommendations for movies, TV shows or books that can start conversations about the issues of police brutality and racial injustice? Share them with City Times on social media, @sdcitytimes, or in the comments below.