NBC7 will broadcast the virtual event 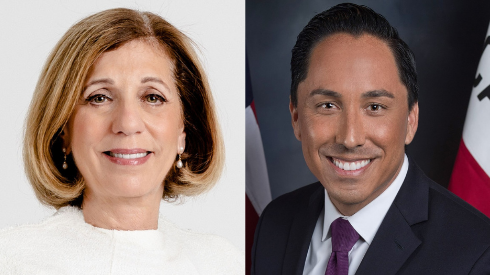 With only 31 days left until Election Day, council person Barabara Bry and assembly member Todd Gloria are nearly even in new poll stats for mayor of San Diego.

Bry is leading Gloria 37-34 percent with 29 percent undecided, according to The San Diego Union-Tribune.

The Democratic candidates will face off in a virtual debate on NBC7 tomorrow. It begins at 6 p.m.

A preview to the debate was part of this week’s edition of Newscene, the award-winning student-produced weekly newscast.

The winner of the November 3 election will replace Kevin Faulconer, the two-term Republican mayor.

The district opened schools on Tuesday with 25 percent capacity.

Loyal takes a stand: The San Diego Loyal soccer team walked off the field during its match against Phoenix Wednesday.

Homophobic slurs were made towards a player on the Loyal, prompting manager Landon Donovan to support his team’s forfeit of the game.

A true wildcard round: The San Diego Padres postseason hopes are on the line tonight against the St. Louis Cardinals.

Game 3 of the National League Wild Card Series is tonight at Petco Park. The winner plays the Los Angeles Dodgers in the divisional series.

Playgrounds open: The caution tape came off of playgrounds across San Diego County on Wednesday.

Children can now freely enjoy the swings and slides at 100 parks closed six months ago due to COVID-19. Restrictions such as the use of face coverings for everyone 2 years and older still apply.

The city of San Diego expects to open all of its parks by tomorrow.