Replaces housing act that dates back to 1995 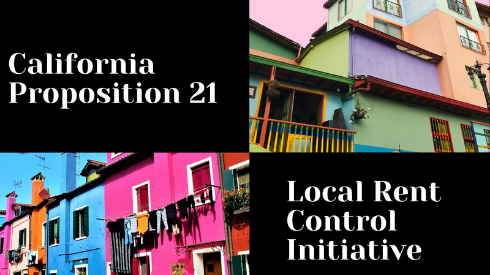 Proposition 21 would replace the Costa-Hawkins Rental Housing Act that has been in effect since 1995. Costa-Hawkins has allowed local governments to use rent control on housing that was occupied first after Feb. 1, 1995, and units with distinct titles, like townhouses, condos and single-family homes.

If this ballot measure passes, it would allow local governments to use rent control on housing units, except for housing that was first occupied within the past 15 years, and units that are owned by people who own no more than two housing units.

The fiscal impact is that there is a potential reduction in state and local revenues within the high tens of millions of dollars annually over time.

What the media is saying

For more information about Prop 21, go to ballotopedia.org.