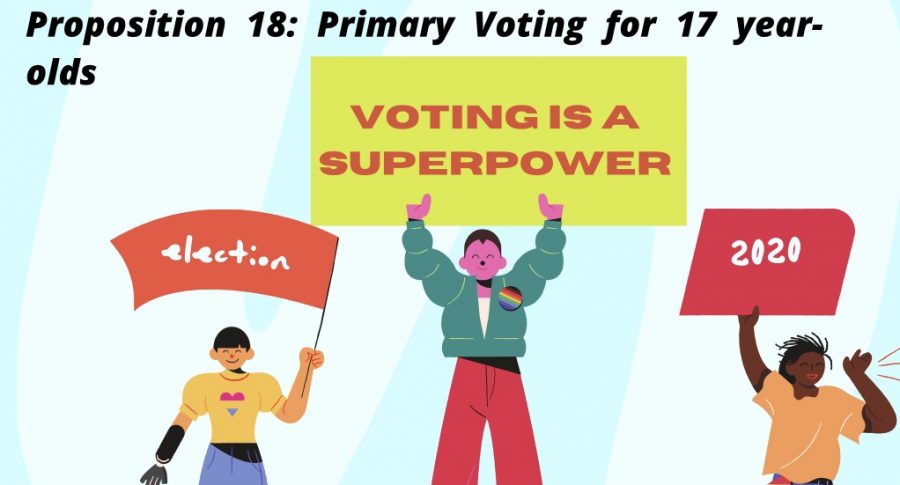 The gist
Proposition 18 would amend California law to permit 17-year-olds to vote in primary and special elections if they turn 18 by the next general election.

At least 19 states allow 17-year-olds who are eligible for the next general election, to vote early.

The fiscal impact of this ballot measure is the increased costs every two years to send and process voting materials to eligible registered 17-year-olds. Additionally statewide one-time costs are expected to be hundreds of thousands of dollars to update existing voter registration systems.

Supporters are saying this would increase interest and voter participation among youth setting a foundation for future participation.

Opponents are citing research arguing that 17-year-old brains are not fully developed in areas of logic and reasoning. Also, it would be consistent with other laws limiting privileges like smoking to 18-year-olds.
What the media is saying
Endorsement: Vote yes on Prop. 18 to encourage young people to vote, The San Diego Union-Tribune (article)
Endorsement: Yes on Proposition 18: Some 17-year-olds should be allowed to vote, Los Angeles Times (article)
Yes on Proposition 17, No on Proposition 18, The Orange County Register (article)
Editorial: Lowering the voting age for 17-year-olds is a sensible idea. Vote yes on Prop. 18. San Francisco Chronicle (article)
Editorial: Prop 18’s lowering of voter age to 17 for some is a misfire. Vote no, The Desert Sun (article)