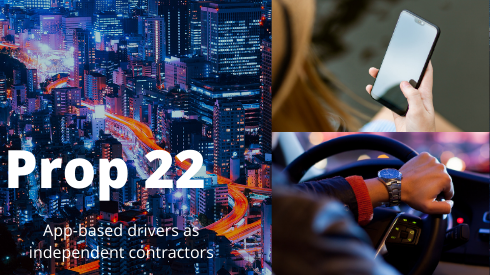 The gist
Proposition 22 classifies app-based drivers, such as those for Uber or Lyft, as contractors as opposed to calling them employees and provides independent-drivers other methods of compensation such as more money for each mile driven and healthcare insurance for on-the-job injuries. The proposition would slightly increase state taxes that would be covered by rideshare services such as Uber or Lyft.

A yes on Proposition 22 would mean rideshare employees would be considered an independent contractor and labor policies would be adjusted.

DoorDash, Lyft and Uber were heavy contributors for the campaign with each company putting in close to $200 million dollars in total, with the Republican Party of California supporting the ballot measure as well.

The Democratic Party of California heavily opposes the support of Prop 22, with Democratic presidential nominee Joe Biden and his running mate and vice-presidential nominee Kamala Harris expressing their opposition for Prop 22.
What the media is saying
What Prop. 22’s defeat would mean for Uber and Lyft — and drivers, Los Angeles Times (article)
Drivers weigh in on Prop 22, 10 News (article and video)
Proposition 22: Gig worker benefits, CalMatters (article)