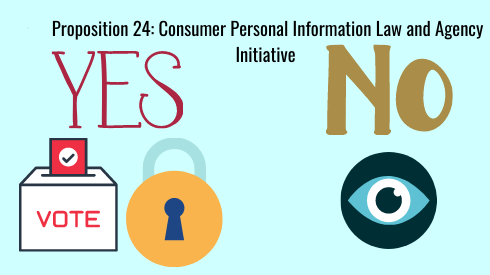 The gist
Proposition 24 would expand the provisions of the California Consumer Privacy Act of 2018, removing the ability of businesses to fix violations before being penalized for violations and creating the California Privacy Protection Agency to enforce the rules.

It increases the state costs of at least $10 million annually for a new state agency to oversee and enforces consumer privacy laws.

What the media is saying:

For more information on Prop 24, go to ballotopedia.org.