The guidelines have sparked outrage among theme park officials, fans 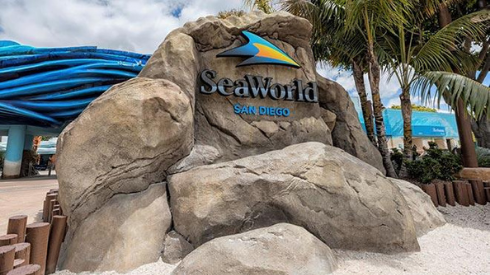 Under a new set of guidelines issued by California Health and Human Services Secretary Dr. Mark Ghaly, major theme parks in the state with a capacity of 15,000 visitors or more cannot open until their host county has reached the yellow tier, which is the least restrictive.

Parks with smaller capacities would be allowed to open in the orange tier, with 25% capacity or 500 guests, whichever is fewer.

“The level of mixing, even without masks, that seemed very random and concerning to us, ” Ghaly said in a press conference.

This has sparked outrage among theme park officials, city officials, and fans alike, with many arguing that the guidelines make reopening impossible anytime soon, and will continue to hurt the economies of the regions with theme parks in them.

That includes here in San Diego, home to Legoland and SeaWorld.

The latest on the guidelines can be seen in this week’s episode of Newscene, the award-winning student-produced weekly newscast.

SeaWorld has been able to open under a loophole allowing museums and zoos to accept guests, but its ride attractions have remained closed. All other theme parks in the region have not re-opened.

Across the country, other theme parks have been open for months. Seaworld Orlando opened its doors in June and Disney World opened July, but no outbreaks have been reported in connection to either park.

Despite pressure from local governments and affected businesses, the state is holding strong on its decision with no sign of easing the guidelines in California.

We will have updates for this story as it develops.

No mask, no prob: Voters in California who refuse to wear a mask on Election Day won’t be turned away.

Officials announced voters will be permitted to cast a ballot whether they are wearing a mask or not.

Voters without a mask will be guided to an outside area where a poll worker will hand them a ballot.

COVID stress in the workplace: According to a study, one out of four American workers are considering quitting their job.

Employees who work remotely as opposed to showing up to the physical site experience higher levels of stress.

COVID-19 has not only created physical damage, but emotional damage as well.

A new standards-based grading system will allow students to catch up if they fall behind. It will also allow students to reflect on academic and behavioral errors instead of receiving instant punishment via zero tolerance policies.

Additionally, students will now get chances to show improvement on course work rather than stick with a fixed grade.

Populated shorelines: A surge of shark sightings has been recorded off the coast of California this year.

Experts believe this is due to warmer surface water, which is derailing the animals from their usual migration patterns.