Biden leads Donald Trump in the race to 270 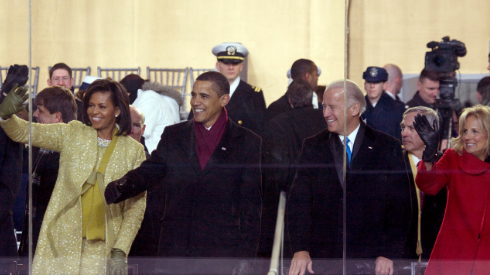 Biden’s record-setting number of votes is most likely a result of a historically high voter turnout.

“We knew this was going to go long,” Biden said in an early-morning speech in Delaware shared by Buzzfeed News. “We feel good about where we are. We really do. We believe we’re on track to win the election. We know because of the unprecedented early vote and mail-in vote.”

Within 24 hours of the first polls closing, Biden won Wisconsin and Michigan, according to Associated Press.

Obama held the previous record for most votes counted when he received 69,456,897 votes in the 2008 presidential election.

The number of votes is still expected to grow as ballots are still being counted in Nevada, Arizona, Georgia, Pennsylvania, Michigan, and North Carolina.

Because of the coronavirus pandemic, almost 101.2 million people voted early, in-person or by mail, according to USA Today.

The presidential race is still undecided as neither Joe Biden nor Donald Trump has reached 270 required electoral votes.

It has been one of the most-watched races in San Diego County after sitting open since the resignation of Duncan Hunter in January.

Issa continued to lead, according to the latest tallies from the San Diego Registrar of Voters, by just 5 percentage points.

Gig economy companies on track for win: App-based services like Lyft and Instacart got some good news from California voters. They heavily voted in favor of the proposition that allows them to keep considering their drivers as independent contractors.

It overturns a bill originally written by assemblyperson Lorena Gonzalez. She is currently winning in her own race for the 80th district.

Commercial property tax increase too close to call: Proposition 15 is currently set in a dead heat with the no vote leading by a slim 51%.

The proposition would amend the state constitution to have property tax increased on commercial buildings based on their current market value instead of the value when purchased as it is now.

The extra funds would go towards funding education in the state, including at San Diego City College.

Proponents for the proposition state that only larger businesses would be affected by the tax increase, while opponents of the bill argue that any tax increase on business during this time would be detrimental.

Gloria leading in mayor’s race: The race for mayor of San Diego isn’t over, but Todd Gloria looks to have all but officially won it with 56.29% of the votes.

In a speech late last night, Gloria thanked his family, staff and supporters for getting him to this point.

He also said how there are still more votes to be counted but he believes the current success is a valid reason to celebrate.

SDCCD trustee headed to city council: Sean Elo-Rivera, a trustee from the San Diego Community College District Board, has thanked supporters for helping him win the race for the District 9 seat.

As of Wednesday morning, Elo-Rivera has 62.86% of the votes compared to opponent Kelvin Barrios with 37.14%.

Elo-Rivera’s campaign is putting emphasis on helping residents of District 9 struggling with homelessness and housing affordability.

He is also trying to shift focus onto expanding opportunities for students, with the College Area being a prevalent area of District 9.

Gómez conceded the race with a tweet thanking her supporters. Shortly after, Jacobs delivered her victory speech late Tuesday night, thanking supporters and Susan Davis, the 10-time incumbent who Jacobs will succeed.