The wealth of Amazon founder and CEO Jeff Bezos doubled, while unemployment soared 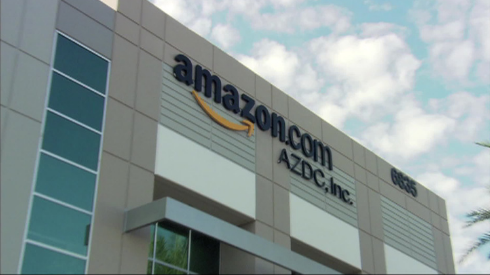 Amazon will let some employees work from home until mid-2021. CNN photo

During the course of 2020 and the pandemic, the popularity of online shopping has been surging. Amazon has become a convenient way many people shop for their basic needs.

Because of this, Amazon stock prices have risen exponentially. According to the NASDAQ, Amazon stock is selling at over $3,000 a share.

The wealth of Amazon founder and CEO Jeff Bezos doubled by 50 percent this year.

Between the months of March and June, when the pandemic first started, his net worth rose $48 million, meaning he was raking in $245 million every day.

Over the entire pandemic, Bezos’ wealth has risen over $90 billion, making his estimated net worth over $200 billion by the end of 2020.

With everyone online, Zoom CEO and founder Eric Yuan also saw his net worth rise by $2.5 billion.

Many of the wealthiest people in the world have profited during this global crisis. In the U.S., the billionaire community’s collective wealth has jumped by $1 trillion during the pandemic, making their total worth over $4 trillion.

In contrast, unemployment is at an all-time high.

More than 40 million people applied for unemployment benefits this year.

With millions of people out of work, the stock market took a large hit in March with a 37% drop.

Newscene is the award-winning student-produced weekly newscast. To enroll in the spring, visit the class schedule on sdcity.edu and look for RTVF 145.