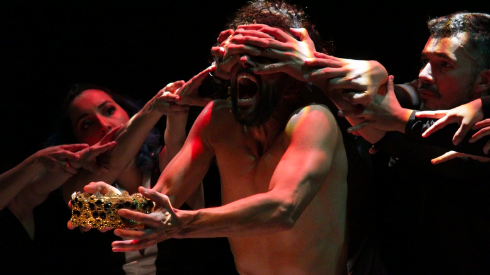 Imagine being an artist and facing the possibility of unemployment and not sharing your art form with the world. That was exactly what performers from nationally-recognized Tijuana dance company Lux Boreal had to ask themselves back in March 2020.

When the pandemic hit, the company halted all travel abroad and live performances, which resulted in the separation of the dance crew, consisting of nine members.

Dancers like Matthew Armstrong had to come up with new ways to present their work to the public, “who would normally watch their shows on both sides of the border.”

The company gathered on Zoom and came up with the concept of interactive virtual performances, accidentally having access to a global stage.

“At the same time, it’s a blessing in disguise because now you’re fully open to an international audience with the click of a button,” said Armstrong, who also serves as a choreographer and teacher.

In addition to extensive world travel, Lux Boreal, founded in 2002, established a following in both Tijuana and San Diego.

The company had even performed in San Diego City College’s Seville Theatre.

“A lot of students came across the border to dance with us (here),” said Terry Wilson, a City College professor, who first met Armstrong while teaching at UC San Diego.

But with both the limits of quarantine in Mexico and the border’s closure, this created a stronger need for motivation to keep going.

“We are still doing what we can to show our art, express ourselves, stay out there and keep the arts alive,” Armstong said.

The first installment of the company’s new interactive virtual format became L4B3R1NT0, an event that debuted in February and allowed the audience to pick among various performances online.

“In this new digital format, we wanted to try and captivate the audience a little bit more in that aspect and we wanted to have them more involved in what’s going on, so we decided to go for this interactive platform,” Armstrong said.

The show used the concept of navigating a labyrinth and incorporated that concept into the audience’s participation.

L4B3R1NT0 evolved and their next show, Headhunter, was presented in the same month.

Both showings were executed successfully demonstrating that the company faced adversity and adapted to the challenges of today’s health crisis.

But it did not come easy.

The dancers had to perform other duties outside of the norms, like lighting, stage setup, editing film and working with digital formats.

“We all have our separate roles but then the pandemic separated us in that aspect so dancers had to go into the production aspect,” Armstrong said.

As vaccinations roll out in both the U.S. and Mexico, restrictions have started to ease and the company is ready to be back in person.

“In a dancer’s life and performances there is so much physical contact, so that’s one thing we’ve had to definitely get used to over the past year, ” Armstrong said.