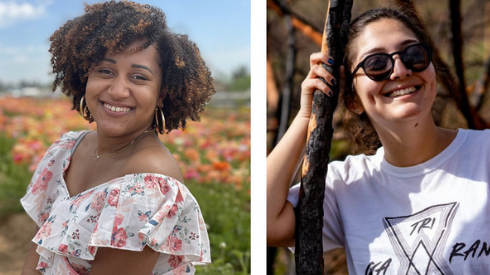 The award is a highly-competitive, sought-after honor for the nation’s top community college students.

“We know how much exponentially harder this past year has been on students. It’s an honor to award this group of individuals as they have achieved so much both in the classroom and in their daily lives,” said Seppy Basili, executive director of the Jack Kent Cooke Foundation, in a press release.

This story was reported on today’s edition of News Radio Midday, a bi-weekly radio newscast produced and recorded remotely by the students from San Diego City College’s Radio, Television & Film program. You can listen to the show live at 1 p.m. every Monday and Wednesday either on 88.3 HD-2 or here any time.

Three City College students made it to the semifinals from an initial pool of over 1,300 students from 398 community colleges.

Butte, who grew up in southeastern San Diego, will attend UC Berkeley in the fall.

Huerta, a Los Angeles native who was raised in Tijuana, has been accepted to UCLA and UC Berkeley and is still deciding which school she will attend.