The station is on-air Monday through Friday 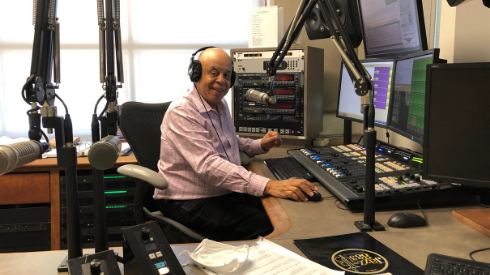 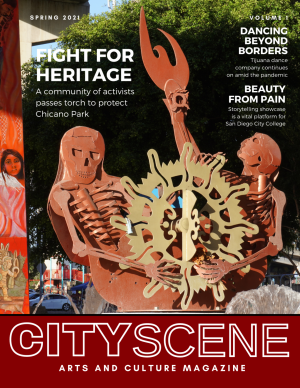 Click here to view the debut edition of CityScene magazine.

After operating remotely for almost an entire year due to COVID-19 restrictions, the station returned to its home on the campus of San Diego City College and live broadcasting with four hosts.

The station is now live on-air Monday-Friday from 7 a.m to 3 p.m.

“The fans were ready to hear us again,” said Ron Dhanifu, a veteran on-air host for the station. “We could tell that they really missed us,”

Instead of just using one studio, the hosts rotate their shifts and studios to enforce social-distancing guidelines.

Strict safety protocols are mandatory, and the hosts have their own microphones and headphones.

“It’s huge that we’re able to bring hosts back as soon as we were this year,” said Chad Fox, KSDS’s director of operations, programming, and development. “And that’s a testament to our Dean Jeanie Tyler, and our general manager, Ken Poston, And of course, Ricky, our president, Ricky Shabazz.”

“Ricky knew the importance of having live hosts on the air because we’re such a presence in the community, the jazz community, not just for members, but for musicians who depend on the station to promote their own stuff, as well as other communities around San Diego.”

One of the challenges the radio station is facing during the pandemic is the cancellation of the pledge drives and all the live events that would normally contribute to boosting membership for the public radio station.

According to Fox, the listeners saw the effect the pandemic had on the radio station and have been reaching out to the station and were grateful to be able to listen to changing music every day.

Many became members or renewed their memberships.

“You could count maybe five or six full-time jazz stations that are left in the country and our listeners know that,” Fox said. “And the last thing they wanted to see was a station go away.”

Last year, when the pandemic started and the campus had to shut down, the jazz station could no longer use its studio.

The San Diego Community College District announced the closure of all campuses on March 12, 2020.

Turns out there actually was a way to continue the work of radio. A few years ago, Fox put a digital software system that ensures that the entire radio library is digitized. Instead of relying on CDs, all you need is a computer.

According to Fox, this system allowed him to program everything day-to-day and run the radio station remotely from his house.

Fox put the playlists together every day and scheduled commercials, programming and running the entire station from his house during the pandemic.

“So that’s basically how we ran it for the last almost year,” Fox said “Then, they let us bring back some part-time hosts.”

The radio station is hoping to do a membership drive this year as well adding more live evening programs.

Jazz is not the only thing you can hear on the radio coming from San Diego City College.

This spring, City College students are recording news shows broadcast on the campus’ station. The students record from their homes but they sound just as they would if they were back on campus.

Students build the prompter before the start of the class and do a run-through to make sure everything transitions smoothly. They record on Zoom and send it over to KSDS radio, overcoming challenges along the way.

“Internet quality is a big issue because we are recording it all on Zoom, and if we lag for half a second, there is a clear hiccup in the show, and it sounds weird in the recording,” Khalizadeh said.

Vicky Pineda, a student of the program, said the class reminds her of being back in the campus studio because of how much interaction happens during the class.

“It’s like if we’re back in the studio,” Pineda said. “Our anchors are actually communicating with each other, it’s like we are all together in the room, but we are all at home.”