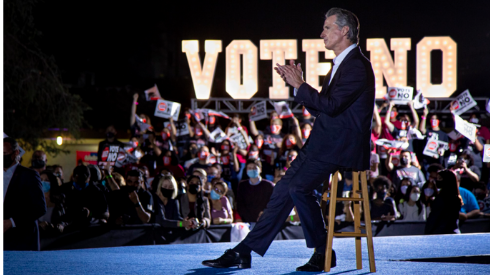 Gavin Newsom campaigned around the state in advance of the Sept. 14 recall election. @GavinNewsom on Twitter

The results showed that the majority of Californians supported him and his handling of the pandemic. Currently, out of the nine million voters, over six million voted to keep Newsom in office.

With votes still left to be counted, county election officials from across the state will send the finalized results to the Secretary of State by October 15.

After the polls closed, Newsom addressed voters to move past the no and focus on moving the state forward.

“I want to focus on what we said ‘yes’ to as a state … ending this pandemic,” he said to the crowd in Sacramento.

If the recall succeeded, Republican Larry Elder would have finished the term as governor.

This may be a preview to next year’s gubernatorial race between Elder and Newsom. The next election will take place in November 2022.