Surviving music venues steer through reopening amid a precarious economy 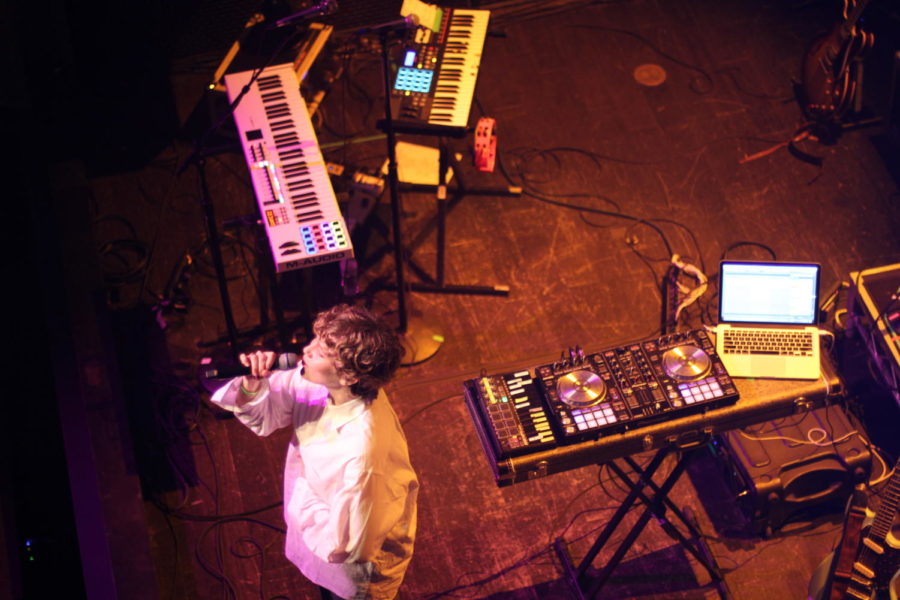 The artist Your Smith sings as opening act to sold out show at the Music Box on Oct. 13. Photo by Will Mauriz/City Times 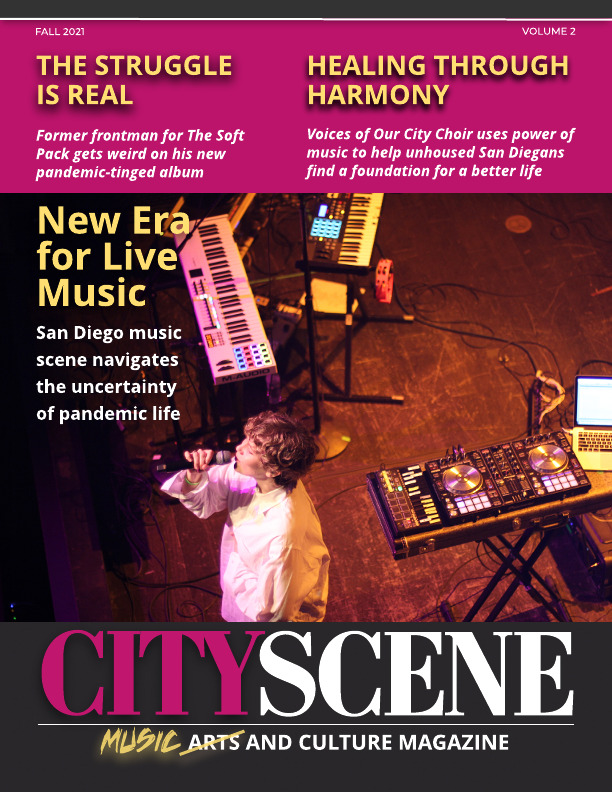 This story was featured in the fall 2021 edition of CityScene magazine.

The white and yellow lights of the Music Box marquee sign illuminated the 1300 block of India Street. A line of patrons was full of conversation as they awaited the double bill showing of the musical artists Your Smith and Electric Guest for a mid-November show.

This particular line for the concert had some distinct differences from those of two years ago at the Music Box. Some patrons were already wearing face masks and, in addition to yelling out for IDs to be ready, security staff were asking for vaccination cards.

San Diego-area music venues such as the Music Box, San Diego House of Blues and Copley Symphony Hall were forced to shut down temporarily when a state of emergency was declared by California Governor Gavin Newsom in response to COVID-19 cases spiking March 2020.

The closures caused an unprecedented strain on the music industry, and the lasting impacts are yet to be known. The lights of local entertainment were extinguished along with the lines of patrons, and disappeared for 18 months with the shut down throughout San Diego.

Businesses such as music venues were not deemed essential during the height of the pandemic closures. They suffered heavy financial losses and their employees were left out of work.

After 15 months of closure, lasting from March 2020 to June 2021, event-based venues finally had their first opportunity to breathe life again in San Diego when California fully reopened.

Not all music venues reopened right away, however. The North Park Observatory waited two extra months, and Soda Bar waited one more month before its first shows due to still fluctuating COVID-19 cases.

One venue that opened two days after the state reopened and dealt with ramping up quickly was the Music Box.

Joe Rinaldi, managing partner of the Music Box stated that COVID-19 presents a profound historical disaster “and there is no best practice on how to survive these special circumstances. That is why we formed a coalition with the National Independent Venue Association, and we solicited federal aid.”

NIVA was formed in mid-April 2020, three weeks into the pandemic’s economic shutdown, and successfully lobbied to get essential funds for independent venues.

“If we did not do that, out of 3,000 venues in the United States, 80% of the venues would most likely have been extinct,” Rinaldi said.

Smaller indoor venues such as the Soda Bar, which has an approximate capacity of 200, had to follow suit and look for assistance to weather out forced closures.

“To survive we went for lots of grants,” said Cory Stier, Soda Bar managing partner, “cutting any additional bills, got our expenses down to minimum, we got a round of PPP loans, we participated fully in NIVA and received the Shutter Grant, which we greatly needed.”

Even when venues eventually reopened, they had to consider what additional protocols they would take to mitigate the spread of COVID-19 and variants.

“We were tracking the infection numbers,” Stier said of the protocols in place at Soda Bar. “It takes time to reopen and ramp up.”

The current San Diego County mandate is based on self-attestation. Individuals who are not vaccinated must wear masks, which is a part of the policies venues share with patrons, Stier explained.

After performing spaces began opening up and introducing mandates, push back has become a regular occurrencebegin.

The forced closures, testing protocols and limitations in occupancy imposed on venues and shows for corporate venue operators and independent music venues alike have to continue to deal with major losses as their revenue streams from ticket sales, food and beverage sales, and merchandise were greatly minimized or almost entirely eliminated.

Corporate revenues for music venues had seen consistent growth for seven years straight until 2019. But between 2019 and 2020, Live Nation Entertainment’s concert revenue fell to $7.76 billion from $9.43 billion, nearly a $1.5 billion drop.

And while this reality affected the bottom line of massive global corporate operators like Live Nation, it was even more grim for financially vulnerable independent music venues, many of whom worried about going bankrupt or having to sell their venues.

“Things were easier when first reopening and venues needed bands immediately,” San Diego-based musician Melanie Jaquess said, ”but now things are kind of backed up now. Places are looking to book for next spring already.”

Jaquess stated venues throughout San Diego are starting to see more prominent acts going back on tour and out-competing smaller ones as bands get more comfortable with going on the road.

Not all venues have been able to survive, though. Martinis Above Fourth, Bar Pink and Lestat’s West have buckled under the economic impact.

Live music venues like San Diego Content Partners, Bar Pink and Kava Lounge shut their doors permanently due to the financial stress of temporary closure. Read more about their struggles.

Dec 1. that attendees aged 18 and older must provide identification at indoor mega-events. And your identification must confirm you are presenting proof of vaccination status or negative test result.

Music venues throughout San Diego are still focused on curating customer experience and providing a sense of some normalcy despite navigating the uncertainty of the ongoing pandemic.