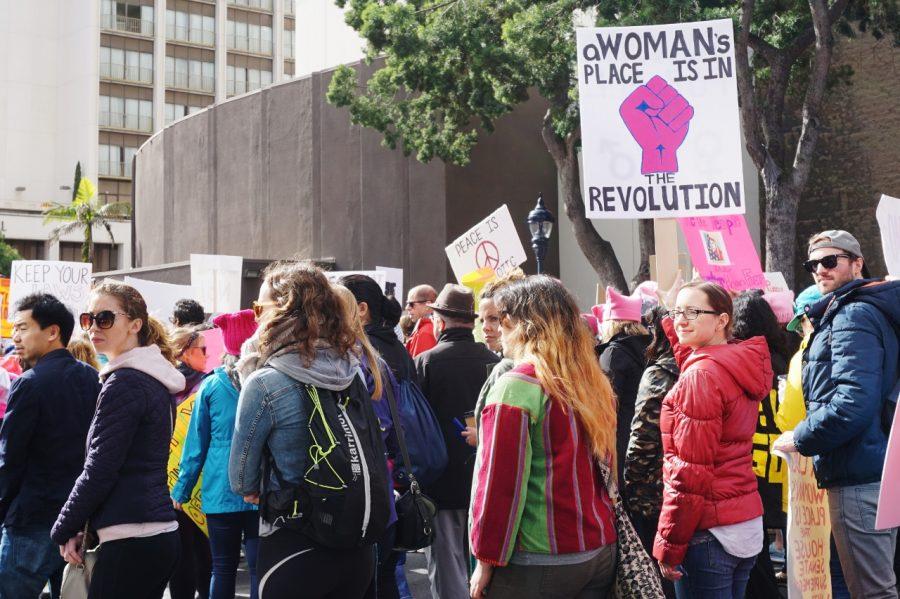 Groups of women, families and individuals turned out for the Women's March in San Diego on Jan. 21 to protest President Trump. Photo by Melissa Gutierrez de Pineres

Every woman who marched in Saturday’s Women’s March in San Diego had her personal reason for joining in. One woman tells our Between the Lines team what moved her to participate, one of an estimated 40,000 who turned out under stormy skies.