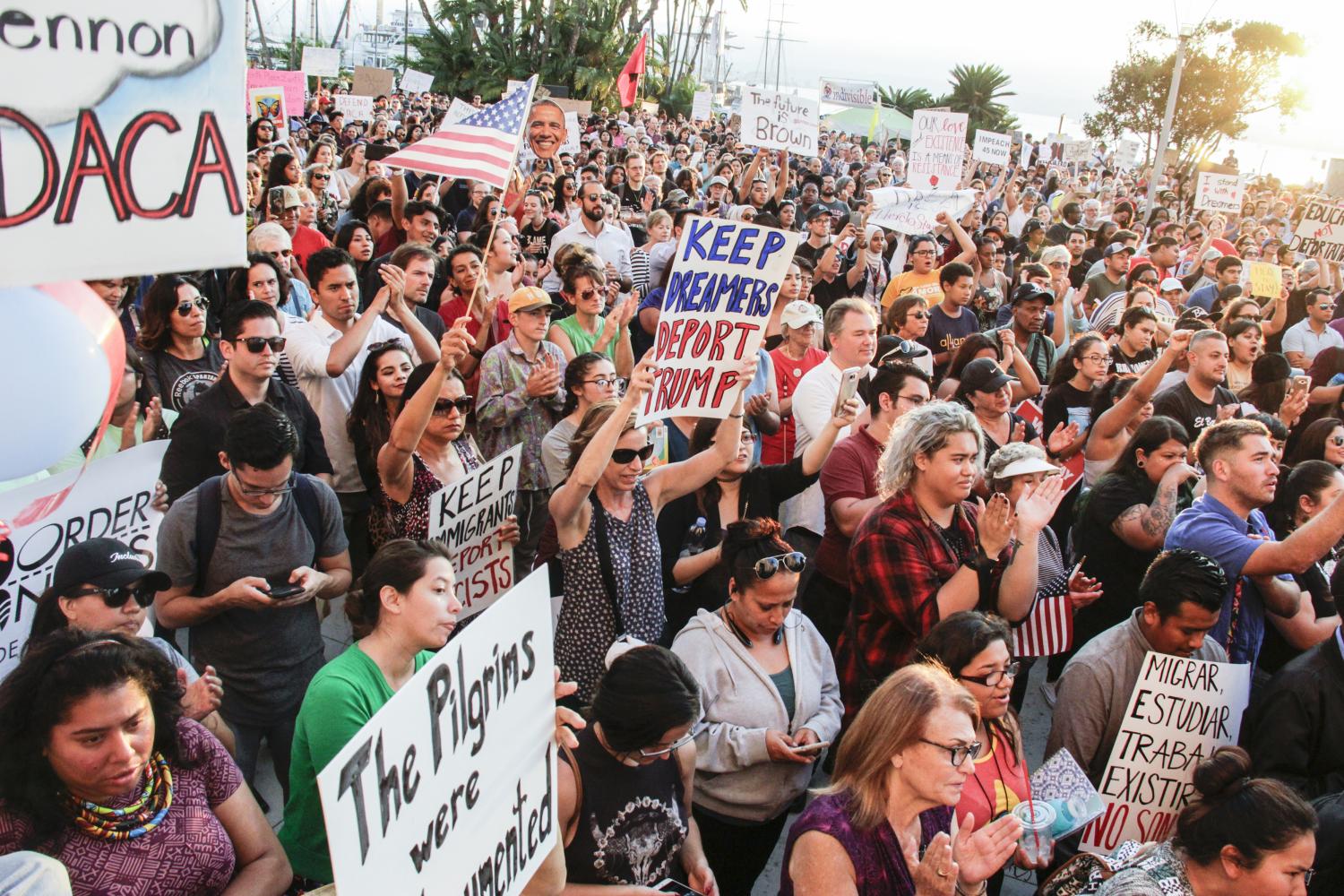 The dream of about 800,000 people has an expiration date that places their future in jeopardy after President Donald Trump ended the Deferral Act for Childhood Arrivals (DACA) program without warning. “The program known as DACA, that was effectuated during the Obama administration, is being rescinded,” said Attorney General Jeff Sessions. The repeal will have a six-month delay and recipients, whose permit expires from Sept. 5 to March 5 will be able to apply for it for the last time if they submit their application by Oct. 5.

According to Sessions, DACA’s repeal is about enforcing the law and “Does not mean they are bad people or that our nation disrespects or demeans them in any way.” He said DACA was an unilateral decision and that it overstepped on the separation of the executive and legislative powers of the Constitution. DACA was a program that provided legal status to undocumented people who came, or were brought by their parents, as children to the U.S. The program started on June 15, 2012, when President Barack Obama signed an executive order after Congress failed to pass the Dream Act.

The Dream Act would provide protection from deportation to young immigrants who lived most of their lives in the U.S. To obtain the permit, applicants needed a clean record and to be in school. DACA recipients, also known as Dreamers, received a two-year permit, which gave them the right to stay in the U.S. It also allowed them to work and get an ID or driver’s license.

Once the Trump administration announced the end of the program, social media was flooded with anger. Hashtags such as #SupportDACA and #HereToStay popped up showing anger and disbelief. The man who signed DACA into law, responded as well. “Dreamers are Americans in their hearts, in their minds, in every single way but one: on paper” said former President Obama.

People quickly organized with rallies and marches at different cities across the country to show their anger for the repeal and to support Dreamers. Thousands gathered at the San Diego County Administration building to defend DACA at a rally organized by Alliance San Diego.

“I’m here for all the undocumented students that are facing a very uncertain future right now,” said Louise Williamson, a teacher at Hilltop High School San Diego, who saw the end of DACA as cruel. “It doesn’t benefit anybody. It seems that is just something he did to be mean or to be racist.”

Erendira Ramirez, an English teacher, says she is not surprised by the decision. “It’s a huge injustice,” she said. Ramirez works at Lindsay Community School with young mothers ages 15 to 24 and says her students are worried. They don’t know how they will provide for their children if DACA is taken away. “After DACA, I felt all these doors opening for me,” said Daniela Marquina Cueva, a Dreamer who received a bachelor’s degree in May from SDSU and was planning to apply for a master program. “It completely shatters my future plans. We work so hard to get where we wanna be, and then this one day, feel like all…like all taken away,” said Marquina.
The San Diego Community College District’s Director of Communications and Public Relations stated there are 466 DACA students in the district. He also confirmed several Dreamers work in the district, yet they do not keep a record of DACA employees. Chancellor Constance Carroll and the District were hoping for a different outcome. “We will do whatever it takes to protect our DACA students. This is our top priority,” said Carroll.