No one really wins while watching “Battle of the Sexes” 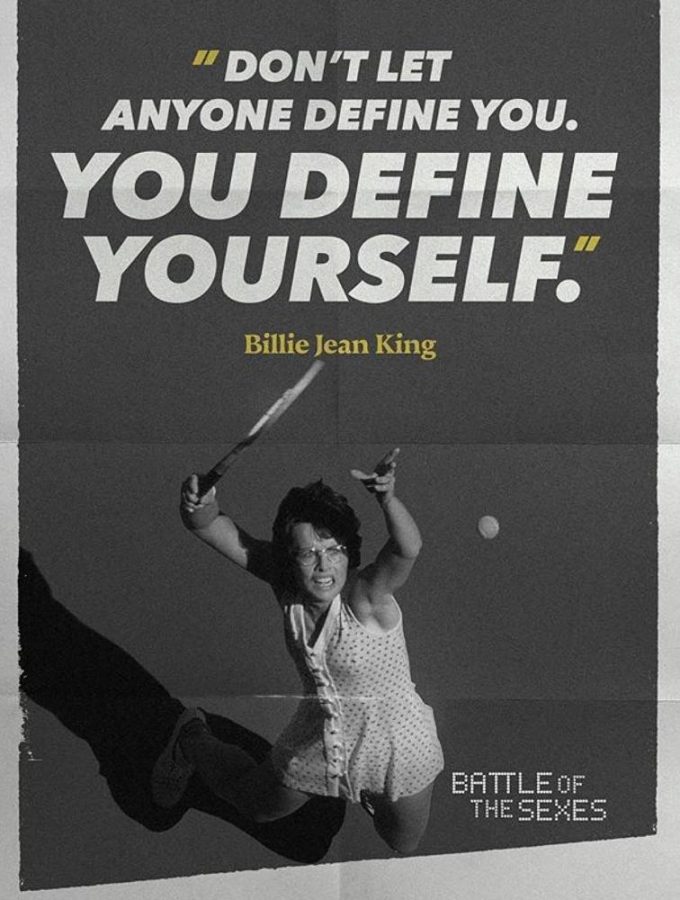 Battle of the Sexes

Although it was only the second tennis match in history between a man and woman and might’ve been one of the most watched sporting events of all time according to Kevin Skiver of CBS, that doesn’t mean people should flock to this movie the way they did with the actual match. The film kind of just feels like a generic sports biography film. It doesn’t really do anything new or exciting to break away from the cliches that come with this genre.

Despite the bare-bones approach to the structure of “Battle of the Sexes,” it doesn’t mean that the movie is bad. It’s not a great film and one example of this is a compare and contrast training montage which is very cliche and overused in these types of films. However, that doesn’t necessarily mean that it’s a bad film. One of the good things about the film is how it shows off Riggs’ and King’s lives/experiences in a pretty equal manner. I never felt that the film showed too much of King and less of Riggs or vice versa. Its pacing of both characters’ lives was perfect. 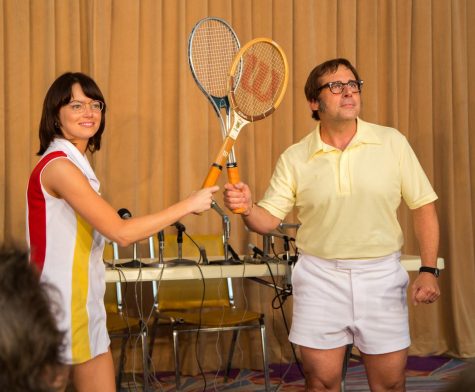 Courtesy of Fox Searchlight Pictures Emma Stone and Steve Carell in “Battle of the Sexes” which premiered Sept. 29.

Carell’s performance and the amount of character development and depth his character portrayed is one of the saving graces of the film. Carell managed to combine his early goofball roles from films such as, “The 40-Year Old Virgin” (2005) or “Anchorman” (2004), with his more subtle and dramatic roles that he portrayed in the films like “Foxcatcher” (2014) and “The Big Short” (2015). One scene that portrays this is when Riggs is running around on couches with his youngest son acting like the floor is lava. It shows that Riggs had a close relationship with his son and how good of a father he was to his son. You never really find yourself rooting against Riggs in the film, because there are more layers to him than being a “male-chauvinist.”

Stone’s performance is solid, but nothing too out of the ordinary for the actress. Her character has the capacity to have more depth than Carell’s and that’s because Billie Jean King was a closeted lesbian during the ’70s. At times Stone does a good job showing the insecurities that come with being closeted, but other times the execution comes off as a little forced or even flat. There was definitely more she could’ve done with her role.

Overall the film feels like the directors decided to play it safe. There never seems to be any real tension portrayed. It has the cliche ending most of us have been expecting from biographical sports films. It’s just a competent film at best, aside from Carell’s performance and character development. Hopefully an “Oscar-bait” film like this, ends up just being bait.