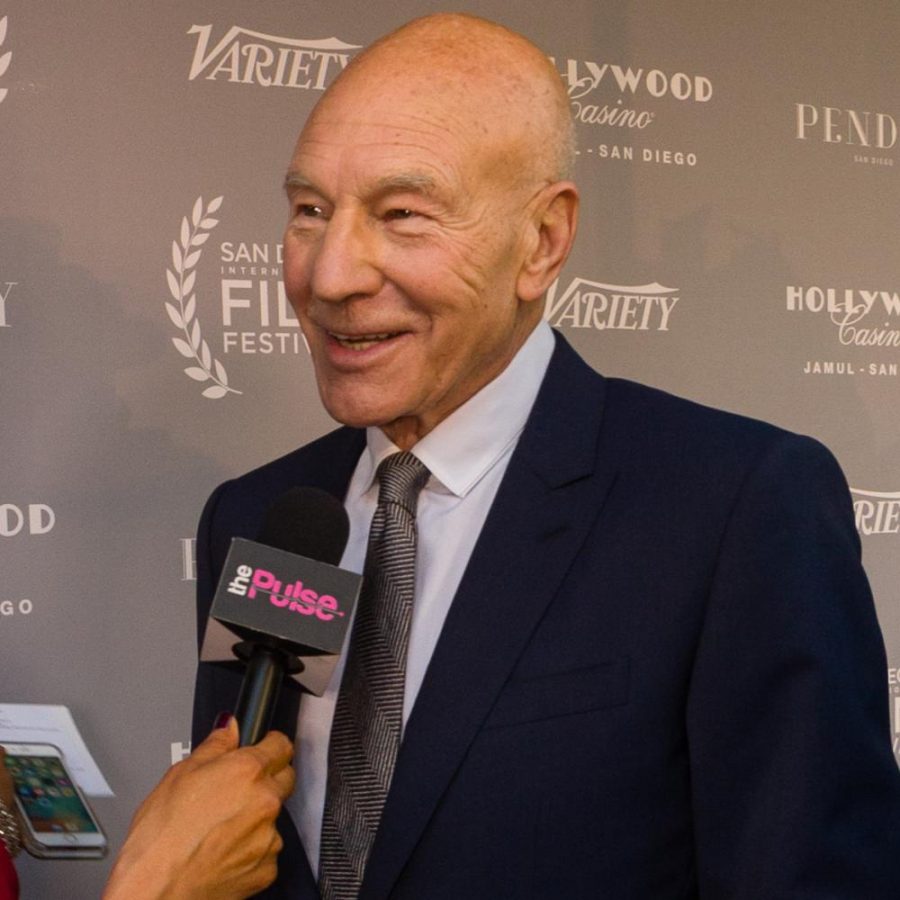 Sir Patrick Stewart on the San Diego International Film Festival red carpet before the VARIETY Night of the Stars Tribute where he was honored with the Gregory Peck Award of Excellence in Cinema, San Diego, Oct. 5, 2017.

The red carpet rolled out in our very own backyard. The San Diego International Film Festival kicked off on Wednesday, Oct. 4 and continued through Sunday, Oct. 8. The festival featured a lineup of films, panels, and star studded appearances.

On Thursday evening Hollywood stars arrived at the Pendry Hotel in Downtown San Diego for the Variety Night of The Stars Tribute celebration.

Sir Patrick Stewart, known for “Star Trek: The Next Generation”, “Green Room”, “Logan” and the “X-Men” movies, received the Gregory Peck Award of Excellence in Cinema. He is also known for his support for Amnesty International and refugee aid in the UK.

Rising Star Award recipient Blake Jenner gave advice to City College’s aspiring actors, “Know what you want to do. Bet on yourself, believe in yourself. Don’t second guess yourself, know what you want and head that direction.” Jenner is known for his work in the film “The Edge of Seventeen,” “Sydney Hall” and “American Animals”.

Notable actress Heather Graham was the recipient of the Virtuoso Award. Actor, writer and comedian Kumail Nanjiani, was awarded the Auteur Award, while Taran Killam received the Visionary Filmmaker Award at this year’s ceremony.

To offer an in-depth look at the creative process behind the filmmaking process, the festival presented a range of industry panels for festival attendees. The panels included topics such as social justice and the business side of filmmaking.

On Saturday evening the actors panel took place at the Pendry Hotel. Tania Nolan, 30, cast member of the film “And Then There Was Eve,” promoted the film at the festival, “The film premiered at the LA Film Festival and were lucky enough to win the New Fiction Film Award.” In San Diego, she hopes to have the same success as in Los Angeles.

The festival concluded with film screenings at the Horton Plaza Regal Cinemas and the La Jolla/UTC Arclight Cinema venues.
For more information on future events, highlights, and ways to get involved in the San Diego International Film Festival check out their website: http://sdfilmfest.com.